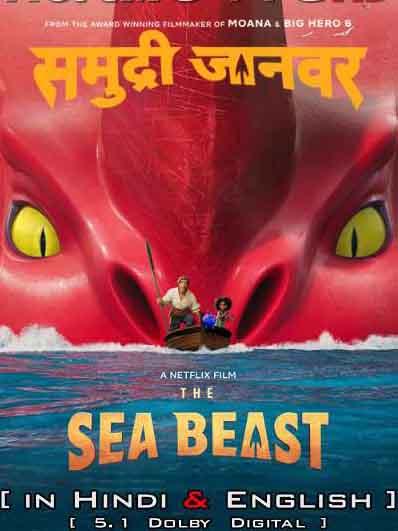 the monsters are marvelously crafted. Those meant to be menacing are. Those meant to be cute very much are. Somehow, the limited facial expressions afforded them speak volumes. Viewers will remember the two primary “beasts,” certainly and will probably be wowed by the savage leviathan attacks. Co-written (with Nell Benjamin) and directed by Chris Williams (“Moana,” “Big Hero 6”), what “The Sea Beast” lacks in sparkling dialogue or hilarity on the high seas is more than made up for by its beautiful, detailed textures and rich cinematography. There are shots with epic sweep and downtime moments that are casually ornate. Lighting and color effectively create atmosphere. The underwater sequences are arresting.

It’s the kind of achievement likely to be remembered at awards time. Driving it all is a lesson not typically among the offerings from major-studio animation’s Big Bag of Morals. While some may dismiss it, the film’s fathoms are deeper, diving for something interesting to share with kids (or entrenched adults): What are the roots of traditional hatreds? Are they, and their violent consequences, “inevitable”? It nudges viewers to reconsider beliefs based on stories rather than experiences and logic. Who tells these stories? What is their agenda? While “The Sea Beast” makes its mark with action, creatures and feats of extraordinary animation, it leaves viewers with a nagging thought: “Maybe you can be a hero and still be wrong.”