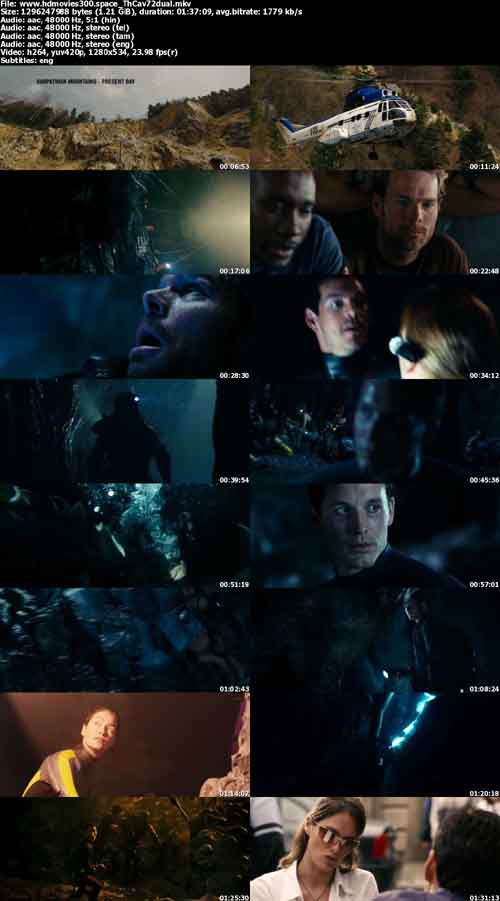 What differentiates “The Cave” from other horror films is the setting. The plot takes place mostly in a large cave, some of which is underwater.

By far, the best element of this film is the underground scenery. The sets are realistic, with spaces and formations that one might see in certain large caverns. And, the film nicely conveys a sense of vertical scale, as we watch cavers climb rock walls, and explore huge rooms with towering ceilings.

The problem here is that the film’s director is so committed to an action plot that the camera rarely stays in one scene long enough for the viewer to have a sense of place. We thus forgo the thrill that an underground environment could provide. There’s no feeling of amazement, no claustrophobia from tight crawlways, no real fear of any kind. The film’s fast pace, combined with characters we barely know and care nothing about, thus dilutes the intended suspense.

The cinematography is flashy and very technical. The lighting is appropriately subdued with interesting colors and unusual camera angles. The background music is somewhat intrusive. Dialogue is weak. And the actors, who appear to be in their twenties, are all photogenic, straight out of central casting. The monsters, what we see of them, seem slightly hokey.