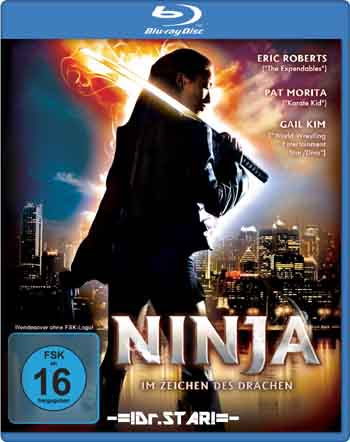 Story… When a female assassin is sent to the US to kill the last living heir to the modern day Himalayan Kingdom, royal solider is also sent to protect her. When he is face to face with the assassin his duty to the Kingdom becomes compromised. As they battle, secrets are uncovered and the line between good and evil is erased. Only one mission can be completed and only one person can survive.

First, the title was “Ninja’s Creed” and the movie had nothing to do with Ninjas. I see now that it was retitled for DVD release, probably to fool people like me.

The movie markets itself as a Martial Arts film. It is not and what little fighting there is looks like it choreographed by a 10 year old.

The plot is disjointed hard to follow. NOTHING happens in the first 20 minutes. The audio is terrible with all these whispers that are mumbled and hard to understand even if you turn the volume up. There are these constant establishing shots between scenes that are completely unnecessary and only serve to prolong the torment of watching this film.

The twist at the end is total garbage. I am all for plot twists, but when they happen, they need to be supported by clues in narrative. In this case, it seems like it’s just pulled out the air as a way to end pain.

Gail Kim Does have an impressive screen presence (she would not be in the WWE without some strong stage persona), but she is not in the movie as much as you are lead to believe. Unfortunately, I think this film may ruin any chance she may have of doing more film work.