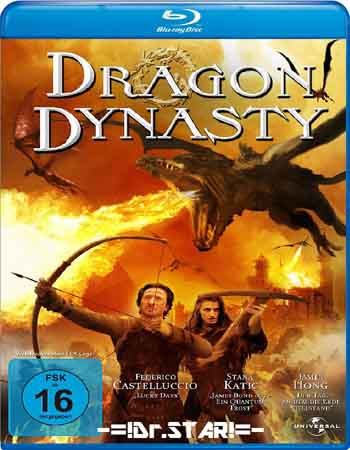 Story… Marco Polo and his men are travelling home from ancient China when they are attacked by dragons sent by the emperor’s sneaky advisor.

It’s hard to know where to start with this movie. From the contrived, implausible plot, the numerous anachronisms, the incredibly clichéd dialogue to the consistently wooden acting, it’s fair to say every aspect of the film has been done better before. That said, I actually enjoyed it, and if like me you dig Hawk The Slayer and suchlike, you probably will too. There was seldom more than a few minutes between laugh-out-loud moments (mostly from the dialogue), the only thing that let it down from this perspective was that some of the parts in between were quite boring. The general feel is of a teenager writing their first adventure for a fantasy roleplaying game. To summarise, in terms of actual quality 3 out of 10 is probably on the generous side, but for those who like bad fantasy films, it’s probably worth at least a 7 or 8.